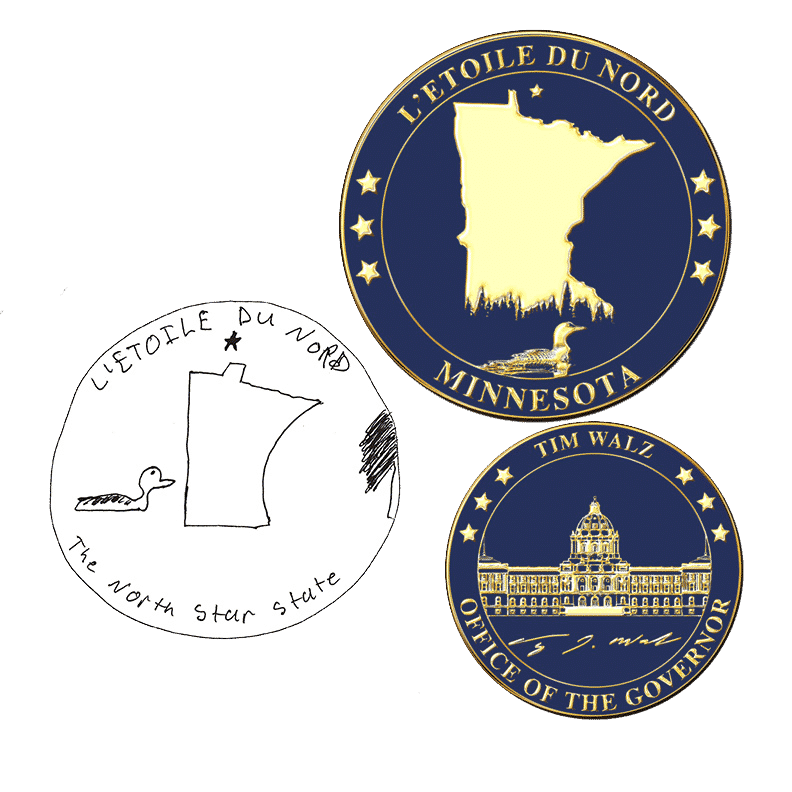 Like many members of congress and high-ranking public officials, Minnesota Governor Tim Walz has a penchant for commemorative, collectible specialty coins. So, it was expected that a Governor's "Challenge Coin" would be commissioned during his term in office. Creative Resources was entrusted with the task of custom designing the coin, with ideas and input from the Governor himself.

In the brainstorm sessions, a rough sketch was provided. We combined the ideas with a couple of other things Minnesota is known for; the loon, the north star, and the forests, as well as the traditional inclusions of the capitol building and governor's signature.

The coins were well-received by the Governor and the recipients alike, and were featured on MPR. 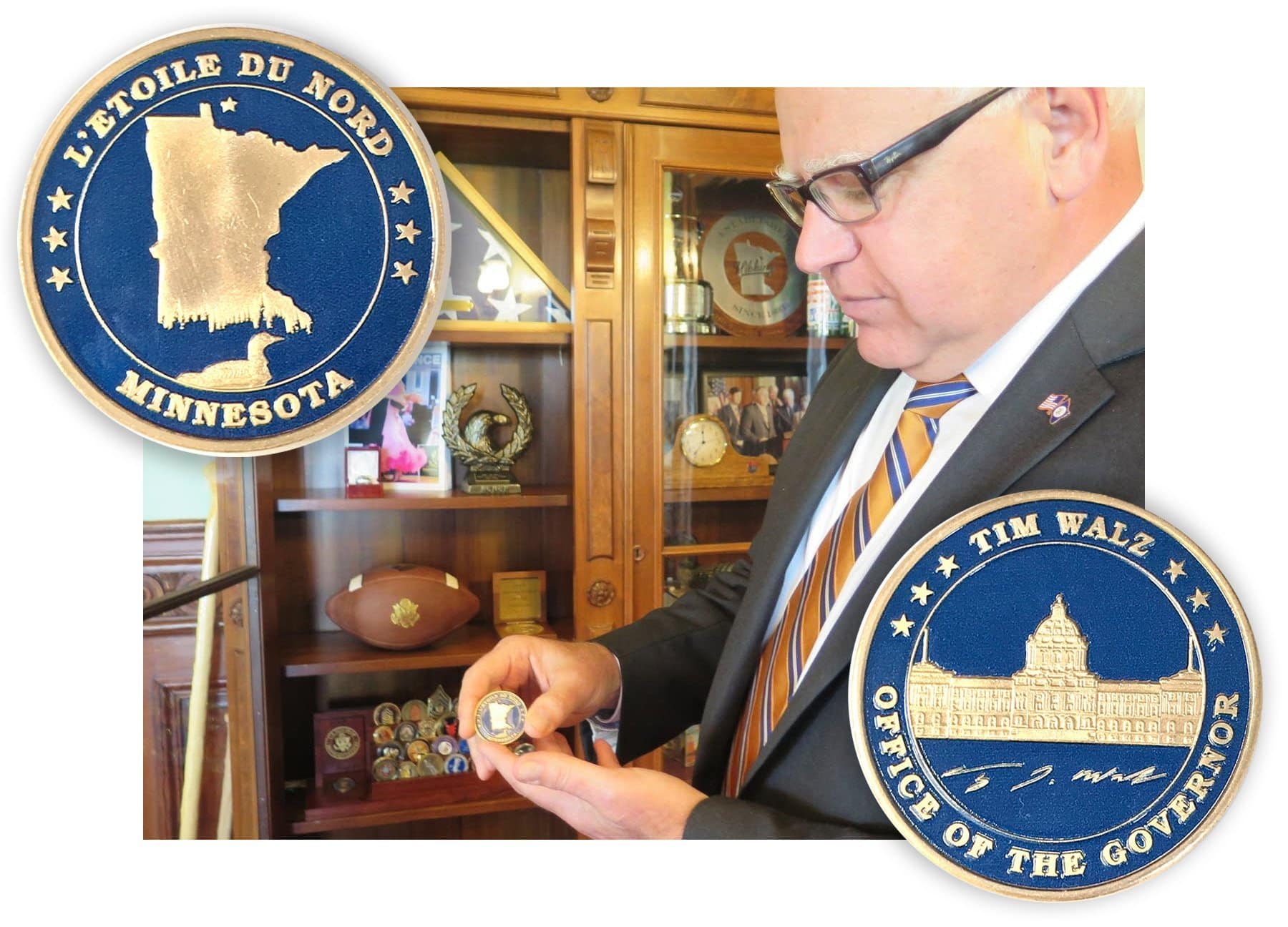 "The coins turned out great and the Governor seems to be really happy with them."

~Noah S., Office of the Governor